What would motivate a man to drag a girl into an abortion clinic?

I still remember one of my first days working across the street from the Edmonton abortion clinic. It was a day I will never forget. 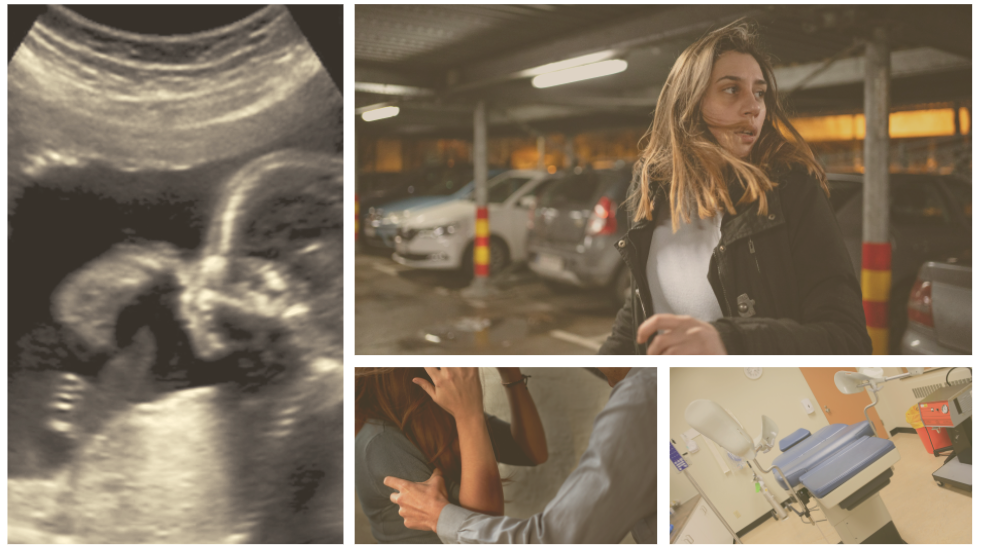 A truck pulled up in front of the abortion clinic like most other vehicles do, but it idled instead of parked. A thin, brown haired girl got out. She looked about 18 years old.

As she walked from the truck to the clinic, she was still talking to the driver of the truck, but the conversation wasn't going well. The tinted windows in the truck meant I couldn't see the driver, but the young girl was screaming back towards the vehicle. That's when the driver threw a beer bottle at the girl it shattered on the sidewalk of the abortion clinic just in front of the scared girl.

She started to run!

The truck drove off, pulled a u-turn and took off after her. My colleague and I went outside and called after the girl, asking if she needed help. She said no and kept running. We called the police.

Minutes later, the truck came back. This time, the man took the young girl by her arm and led her inside the abortion clinic.

Shortly after, he left.

Hours later, she did too. Alone.

Police could do nothing.

Sadly, but unsurprisingly, there is a connection between abortion and violence against women. What I saw that afternoon was not an isolated incident, but part of a larger pattern. There are numerous stories of abortion being used to cover up horrendous abuses from domestic violence, incest, rape, to the sex trade.

In fact, studies show that pregnant women are at a higher risk of domestic violence and abuse. It is common that abusers target those who are weaker and smaller, or who pose a threat to their ego, plan or freedom.

This puts both mom and baby at a greater risk of abuse.

This also means that both mom and baby need equal defense in such attacks; a legal protection that has been introduced a few times in Canada. First from our good friend, and pro-life hero, former MP Ken Epp who introduced Protection of Pregnant Women and Their Preborn Children Act a few years ago. Then more recently, a bill based off of a tragic Canadian story coined "Molly's Law" introduced by pro-life MP from Saskatchewan, Cathay Wagantall.

Both potential laws would have meant that when a pregnant woman is attacked in Canada and her assailant harms or kills her pre-born child, a charge can be made for the child's death, especially when the attacker purposely intended to harm or kill her child.

I recall the namesake of our organization and remember that William Wilberforce spent his entire career working to pass a law to abolish the slave trade. Even he had to achieve this goal using incremental laws. I hope we can all feel encouraged by his perseverance and press on. Laws are an important part of recognizing and honouring the dignity of every life and correcting injustices in our time. Together, we can one day see human rights for all human beings.

Today marks ten years since I started in the pro-life movement. While I reflect back, I'm sickened to wonder what would motivate a man to drag a pregnant women into an abortion clinic, but I also feel determined by knowing that there are women and babies who need us to press on.

Part of our strategy moving forward is to get better data so we can get better results. We just launched a Provincial Pro-Life Census to identify all pro-lifers in Alberta (aspirational I know, but I'm not afraid of a big dream). Equipped with the number of pro-lifers in Alberta, we can counter the narrative that no one cares, and use hard data to advocate for laws that honour the dignity of every life.

I think the Census is a critical step forward and I ask for your help to sign and share it with everyone you know. You can find it at www.TheWilberforceProject.ca/Census

Additionally, I humbly ask for your continued partnership. As you may recall from our last letter, we have several new campaigns that need financial support and the virtual Alberta Benefit for Life is just around the corner. Please donate today so we can keep pressing forward.